A wet and rainy month meant most of November was spent land training and off the river. Despite the rain, we did manage to make progress in the clubhouse and with the development of the club so overall a positive month for DRC in November.

Looking forward to (hopefully!) a drier December and the chance to get out on the water.

A massive thank you to all of the membership for their patience this month, and to everyone who was involved with the various clean- ups in the club

By UODRC
On Saturday 23rd November the university rowing team made their way up to Sheffield for BUCS indoor – a race on the ergos!

We had 6 members attend the individual events and another 2 relay teams. For 4 of our newer members this was their first event and a great one to start their racing careers. First up was Ieuan Cornish competing
in the Championship Lightweight Men’s 2k. Swiftly followed by Lucy McQuoney who raced Championship Lightweight Women’s 2k and won her event. After that our 4 novices took to the ergs for the Beginner

Men’s event having to complete 1k. They were each in separate heats so had a full team cheering them on from the sidelines. Our president was a popular choice as coach and could barely speak at the end of the day! All our novices achieved a personal best and gave it their all. After that all that was left was the relay event. One team of seniors, one team of novices. Throughout the relay it was neck and neck between the two teams but ultimately, the seniors edged out the novices. It was a great event which really brought the teams together.

We’d like to give a huge well done to all the athletes that competed, it was a great day and the night out was even better!

We are thrilled to announce that our application to the Rowing Foundation has been accepted and we have been awarded £3,000 to improve our provision of junior rowing.

The Rowing Foundation is a registered charity with a purpose of promoting the participation in rowing of young people (those under the age of 18, and/or in full time education) and the disabled of all ages. The Foundation gives grants to help clubs involved in ‘on water’ elements of rowing who are individually affiliated to British Rowing.

Following discussions between various club officers, it has been decided that this funding will be used to support the purchase of two new single sculls. The singles will provide weight-appropriate, competitive boats for our highly successful junior squad primarily, and the opportunity for other squads and scullers to train and compete in high-quality shells.

Following discussions between various club officers, it has been decided that this funding will be used to support the purchase of two new single sculls. The singles will provide weight-appropriate, competitive boats for our highly successful junior squad primarily, and the opportunity for other squads and scullers to train and compete in high-quality shells.

The boats have now been delivered and are stored within the green container, and an official boat naming ceremony will be organised to celebrate their arrival.

The ability to use this funding to purchase two new shells is greatly supported by the recent fundraising efforts, and I ask that we all continue to engage with the clubs social and fundraising events so that we can further invest in our fleet.

A big thank you to those who supported with the bid, DerbyCity Sports Forum and the Rowing Foundation for their generous offer

FLOODING AND CLUB CLEAN UP

Whilst the flooding we endured this month was less than ideal for the rowing side of things, it provided the ideal opportunity to focus on the clubhouse and as a result, a thorough clean up was planned and conducted by many of our members. The clean-up included a full deep clean of our kitchen area, and the introduction of a weekly cleaning rota, split between the mens, womens and masters squad. Details can be found on the kitchen door. The clean-up also encouraged a refresh of our club photography, and a snapshot of the past couple of years will now fill the frames in the main club room. Many thanks to Nat and the Junior Squad for coordinating this.

A couple of reminders regarding use of the club kitchen:

A team comprising of Ceri Heldreich, Matt Gauler, Jake Hughes Thomas, Sam Cook and Martin Hubbard, alongside help from many others have also conducted thorough checks, risk assessments and analysis into other areas of the club including health and safety. Full copies of the risk assessments and analysis can be found on our club website and printed hard copies will be placed in the relevant spots.

Following a flood alert, areas within the club deemed at risk of flooding were quickly reviewed and equipment was relocated to avoid damage. Thanks to the quick responders on this and also those who helped the neighbours at Derwent RC who are slightly more at risk of flooding than us – they had minimal flood damage in the end and thanked those from Derby RC that assisted.

David O’Sullivan, Dave or ‘Dosa’ to his friends joined Derby Rowing club in 1966 /67 when he was 11/12 years old. He started his long and successful association with rowing as a cox. Although during his time as a cox, he does admit to committing one of the cardinal sins, that being to steer an eight, (including Flab Taylor and Ian Brown), across the Fulham flats during the London Head of the River Race. Dave has since admitted that perhaps he should have worn his glasses.

Dave started his rowing carrier 1975 and in 1976, won his novices at Nottingham Regatta followed by a further 5 wins at Senior C (IM3/IM2 in todays speak). The following year Dave won Elite VIII’s at Burton. Due to University commitments Dave had limited time for training, although he did make a guest appearance at Derby Regatta in 1969 winning Senior A fours (IM1).

It was at this time that Dave started to become involved in what is now a long and successful career in coaching. In the early 1980’s he served as a Vice Captain and was an integral part of the coaching team that saw us through a very successful period. His involvement in coaching continued through the 1990’s and spent considerable time coaching. During this time several juniors under his tutelage gained success at the British National Championships.

After a couple of years away due to family reasons Dave came back to coaching at Derby in the 2003 and a partnership was formed with Tim Brierley that was successful in coaching many Derby crews for the next 10 years. With many of the athletes coming from the University of Derby Rowing Club this did mean progressing individuals from having no experience of rowing to qualifying for Henley RR in two years and being able to qualify and progress a round in 3 years.

In 2014, Dave and Tim accepted an invitation to be part of the coaching team at University of Nottingham RC where over the last 5 years they have helped develop a very successful squad with members achieving representation and success at the European University Games (EUSA) and in 2019 several members of their squad were part of the England crews that won gold and silver at this years home international.

During all this time Dave found time to serve as Club secretary for two years, 1988 and 1989. He also qualified as an umpire and was Secretary to the Regional Rowing Council for two years.

On Saturday 14th December, we will be hosting a Christmas Party at Derby Rowing Club. Join us for an evening of quizzing, games and festive fun. Get in touch with Ceri Heldreich for more information and to let us know if you’ll be there! 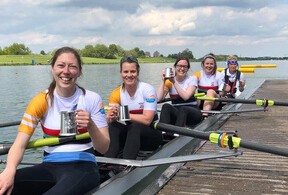 Dear all, I hope you have all been keeping well given the circumstances. A big thank you to everyone for getting involved. Club-wide WhatsApp Group The club WhatsApp group has been really successful so far Read more… 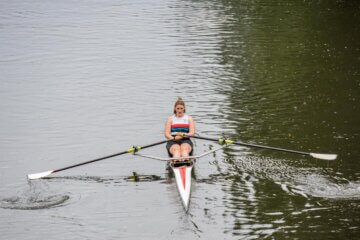 Dear Members, This months newsletter is very different to all of the ones I have written before, as is the period of time we are all experiencing at the moment. I wanted to start this Read more… 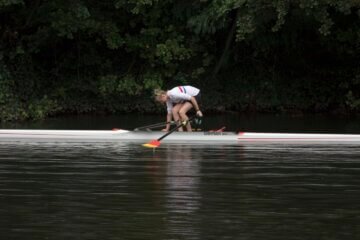 JANUARY  So far 2020 has given us plenty of water time and a solid few weeks of winter training. Highlights this month include our masters squad racing at Quintin and Northampton Heads, our capsize drill Read more…